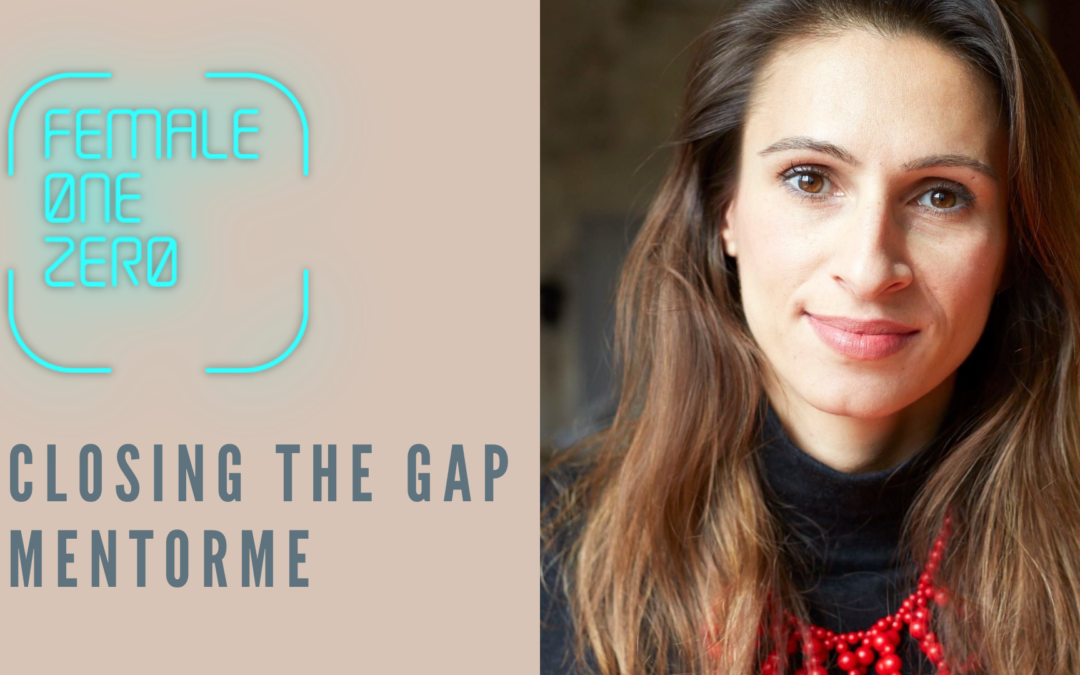 ‘We are trying to close the gap of insecurities’ – Karin Heinzl founded MentorMe, the mentoring program which helps those who ‘are not there yet’. The Austrian-Brasilian talks about careers and motherhood, self-worth and her journey to becoming an entrepreneur

Why did you start MentorMe and what are the main goals of the company?

There was a point in my life when I came to Germany and I already had two Master degrees from an Austrian and American universities, but somehow I had to start from scratch. I had to take on an internship, which was a frustrating experience, because I was already well-educated. I then worked in politics, however, the party was voted out of the parliament, so I also lost my job. At that moment I realized that there are many times in our lives where we don’t have the right sparring partners, we don’t have the right context, we don’t know the right people who can give us insights into how and where to find a job and how to ‘sell’ ourselves. After losing my job I went to India where I was working for an NGO and I realized that I want to continue working in the social field. So after coming back to Berlin, I was again in the situation of wanting to enter the new sector and get a job. Out of necessity and also out of frustration that no one saw my potential, I thought: ‘I will do it myself’. That’s the route to founding MentorMe. I wanted to create something that’s more holistic, more than just mentoring, but also training and networking. At that time MentorMe was a program, I didn’t think of it as a company. And now, five years later, we are the top help-oriented mentoring program for women in Germany. We started in 2015, with 50 people and now we have over 1200 mentors and 900 mentees, it scaled up immensely.

Why do you think women struggle with ‘selling’ themselves, realizing their potential? Why are they more prone to having issues with that?

I think the underlying problem and basis to be able to sell yourself is actually knowing your self-worth. And that’s what a lot of women lack. When I look back on my own last 10 years: I was insecure. I didn’t have the confidence to say: ‘That’s me, that’s what I can do’. And I still see that many women who come to us lack confidence and knowledge what they can bring to the table. What we are giving them is not only to connect them with a sparring partner in the form of a mentor, it’s also the network, knowledge, experiences of others. We have monthly events and one of our bigger one is ‘An Evening With’, where we invite experts from certain fields, for example, an evening with women in tech. During such event you can really get a lot of valuable information: ‘How did this person do it, what are the obstacles?’. We are trying to close the gap of insecurities, to enhance knowing who you are, to therefore be able to sell yourself.

Are there any areas that stand out to you as most problematic regarding this issue? For example, industries that are more difficult for women to get into.

There are areas that are male dominated, but these days many companies changed or want to change their culture. Tech field used to be hard to enter for women, now the companies from this industry cooperate with us to get female talents. I think most companies are really trying to hire more women. The problem actually lies deeper in the society – women are socialized differently than men. It comes from young age: We put boys into a football club and, at the same time, girls are told ‘Don’t be so bossy’. What comes as a result are those insecurities: ‘Can I speak up?’, ‘If my boss treats me badly, should I say something?’. Also, I still see that traditional companies don’t support women once they are starting families. I think the entry level is not a problem, it’s once you’re having children and try to fight your way back. Actually, there are many studies that show that at the point of having a family, men continue moving on in their careers and women just stop. After having a child, many women have to choose part-time jobs.

Is there a solution to this? Do companies need to change their culture or society as a whole should challenge those systems?

Something should be done in many areas. I’m a believer in self-empowerment. I think if you will just wait for someone to help means that you will stay behind. Those who want to work have to stand up for themselves and set the rules. Even after giving birth, to share the parental leave with the partner. This is something we as women can do. And men need to go hand in hand with this. In terms of the employers, I think appreciation of women having children and guaranteeing to support them with their careers is key. I think this will be one of the good things that comes out of corona, because the pandemic forced companies to incorporate more remote work, which is a better solution for working moms. Supporting mothers is something employers really have to do, because otherwise they would lose a lot of talented women.

What’s the situation in Germany regarding this topic?

I think Germany is in the middle field here, there are some very progressive companies. For example SAP have an internal group for fathers, so they support men to embrace the father role and to also take the parental leave. They are doing a fantastic job. But I also know companies that would never allow it, they still say that parental leave is the responsibility of women. But I think those who don’t want to change that old thinking will be left behind.

What are the main gains and takeaways that women are getting from your program?

It is confidence. It is network contacts. We say MentorMe is a mentoring program, but in fact, it’s a community of 2500 people. Those mentors are great humans who want to help others. We also have a main and several sub-online communities on social channels and when a mentee raises a question, there are always people who are willing to give advice. That power of networking is really impressive.

What is the most valuable advice that you give the women who come to you for help?

The best advice that I ever received regarding female founders, is to just start. We are so self-critical that we hold ourselves back. Whether it is to become self-employed, to set up a company, to stand up for yourself. I say: Do it. No matter how afraid you are. Actually, I think the more afraid you are, the more you should do it. When I was young, I was working in New York in the finance company. One of the managers told me that if somebody offers me something I’m afraid of, I have to say yes. There is a study that says that women don’t apply for jobs when they don’t fulfil all the criteria, but men do. We need to change our mindsets.

Do you think that it’s changing? Or do we still have a long way?

I think our paths are very individual, I’m not a big fan of generalizations. I’m a little hesitant to say it changes for women, because I know that there are still so many females who are not going up there, and they don’t have the strength to say ‘I can do it’. I want to see that we become a society that will help those who are not there yet. So that’s what I’m hoping for and what I’m trying to do with MentorMe.